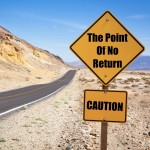 I wrote this journal entry exactly five years ago today and in reading it again feel to share it on my blog. Enjoy!

And we will prove them herewith, to see if they will do all things whatsoever the Lord their God shall command them.

Having the faith to move mountains comes at a cost. Maybe it’s the cost of family, friends, comfort, or desires. No matter the cost, ultimate trust and faith in the goodness of God are better and worth it. There is an ultimate cost when striving for eternal life but the reward of eternal life is greatest. In trials each prophet’s actions say, “I don’t like it, but I trust you. Whatever you want is what I’ll do.” Their actions show surrendering their will to His. God wants everyone to surrender to Him, whether they’re a prophet or not.

Most people don’t realize their greatness and obedience. They were true to God, they accepted his plan, and their blessing was that they got to be born. The Lord wants everyone of them to return to him; one-third of the spirits of God already got lost and He doesn’t want more to follow. He wants all of His children to return to him – but He won’t force them; He’ll let them choose and risk them possibly choosing something else.