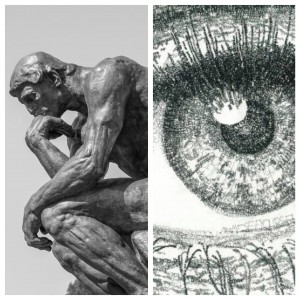 WORLD PHILOSOPHY:  Appearance must be flawless. TRUTH: Things are the way they are. Show what’s real. Personal perfection isn’t the goal but progression. Bottom line: Appearance doesn’t matter but character.

WORLD PHILOSOPHY: Skills determine value. TRUTH: Skills do not determine value; everyone has great value just by being them. Skills and character are two different things. Bottom line: What a person does can change at any time (by age, choice, or fate) but character traits don’t change once acquired and they can always be developed no matter age, previous choices or fate.

WORLD PHILOSOPHY: Don’t try, do. TRUTH: All we can do is try (and try and try) until it’s accomplished. Don’t give up; failure only happens when giving up. Thomas Edison tried over 3,000 times to invent a correct filament for the light bulb; he didn’t quit but kept trying. Bottom line: Keep trying until successful.