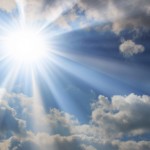 It seems like the world gets more and more secular (worldly) as the days go by. Let’s face it, religion and God aren’t popular topics these days. I understand when the idea is something like “God is a vapor, He’s not even a person, so why would I live my life according to what a mysterious God said? (“I don’t even know that there is a God” some say. They also say, “I think the Ten Commandments were created by someone living a really long time ago. But the world is different today and I will define the best way of living that works for me instead of living according to an archaic set of rules.”)

First of all, God is a glorified, perfect man. He is real and tangible and is the father of our spirits and loves us very much. Second, He (God) gave us the Ten Commandments not as rules to hold us down but as guidelines that when living them give us freedom to be the best we can be. It’s good to step back from my life to see the bigger picture, live my life according to the Ten Commandments (that help me be a good person,) know that God helps me when turning to Him (it may not be in the way I expect but He always helps me) and know that my choices and actions affect my entire life.

I can see how the idea might be “Why put extra effort into living a life of holiness – what does that even mean?” and I want to say my words differently – living a life of holiness means living as the higher self and being brave and courageous and overcoming challenges and being hopeful, instead of living as the lower self and being fearful and weak and defeated and doubtful and taking the path of least resistance.

The reasons I want to live as my higher self are to know peace and to have no regrets of my choices and actions. It takes more effort to be my higher self but when I look back at what got accomplished I think it was worth it.