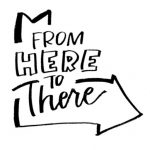 Continually believing in dreams, is saying, “Even if it doesn’t happen when expected and within a reasonable amount of time it WILL happen” Having this type of faith (the ‘no doubt’ kind) produces miracles. This type of faith can seem delusional to others, because they don’t believe the same; but just because they don’t believe it doesn’t mean it won’t be.

I say to myself, “Have the confidence and the faith to believe in your dreams-even if nobody else does-and trust the feeling in your heart that says it will happen, because it will.”

Here are my thoughts from a religious perspective (because you know that’s how I am):