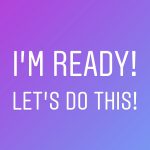 The scriptures tell of a people who were just living life and by and by some of them dissented and broke away from the people, and eventually they became powerful. The dissenters wanted everyone to believe like them but the people had a vote and freedom won. But the dissenters didn’t like it and wanted […]