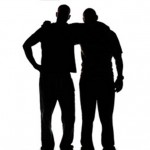 Today I read about Ammon, when he smote off the wicked men’s arms to defend King Lamoni’s flocks. I asked myself why this story was in the BOM and it occurred to me that it was to show that Ammon gained the King’s trust. (Ammon withstood wickedness and had power to withstand his enemies. He was a true friend to King Lamoni and as a result reached Lamoni’s soul.) Then I realized this story was in the BOM to show true friendship.

When we’re someone’s true friend we’re within their protective wall to know the real them. Knowing the real them is when we can be an influence for good and reach their soul. Being a true friend is doing things for their best welfare; its acting in pure love. We do what they like, not just what we like. We ask them, “What do you like? What do you want to do?” And before doing something for them we ask ourselves, “Would they like this? What’s in it for them? Would we both enjoy it or would it just be for me?” We always think of them before ourselves.