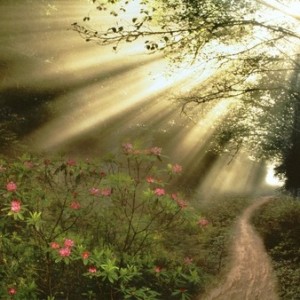 Yesterday (Saturday) I started watching at least 15 TED talks but stopped them between 1-5 minutes because they just weren’t satisfying. My searches were for several topics but they always brought up something else. The goal was to watch something uplifting but nothing struck me. My final result was to listen to piano playing but even that didn’t do the trick.

Today (Sunday) I turned on the TV & Roku and opened the PBS App to watch a program when ‘Does this action bring me closer to Heavenly Father?‘ crossed my mind. ‘No, it doesnt‘ I thought while clicking out of the App and opening the Mormon Channel App instead. After browsing the listed selections and settling on a program called “Hope Works” I chose an episode. The episode started and it was just like TED talks but for Latter-day Saints. The speaker mentioned Heavenly Father and his mission and spoke in a way that I could relate, and he said inspiring and spiritually uplifting things.

After the episode it hit me how much I loved it and the thought got me all choked up. The Lord led me to find a program that filled me, in the format I had very much searched yesterday. The Lord is so aware of me-even in the little things, He helps me with things in my life (both big and small) and always leads me to something good. Maybe He instantly rewarded me for selecting a program that brought me closer to Him, I don’t know all I know is that I’m uplifted and I feel good.