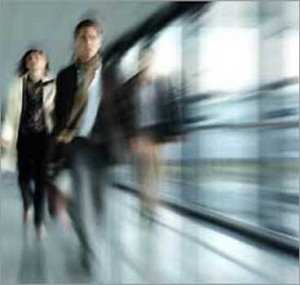 Before getting sick (MS) I did things so fast and without thinking that I thought changing anything would affect too much (plus, I was too busy to change anything in my life.) Surely I wanted some things in my life to change but I wanted them to change while I stayed the same because I wanted my normalcy. I was lonely; I was a perfectionist; I had low self-esteem; I placed more importance on work than home; I had a façade (what the world saw vs. how it really was); In my world, only big accomplishments deserved praise; I ran myself ragged doing what I thought had to be done; I was rigid (either this or that, or it’s wrong); I thought in worst-case scenario’s – optimism was only there if it was feasible; and many more things.

Then I got MS and my world turned upside-down. Everything I could do could no longer be done by me. My life was transparent and on display for the world to see – which was hard because I’m a private person. I needed help because I couldn’t do it. I had to lower my expectations and know some things wouldn’t get done. I had to slow down. I let some things go.

In 2010 many thoughts challenged my thinking. For example: I thought it shouldn’t be like this and then thought according to who? It really frustrated me to have my normalcy challenged even more! (Not only could I not do things but now what I believed was also in question.) It seemed like my thoughts were challenged every other day and I got very depressed. In June 2010, I was watching a video (depressed about what I couldn’t do, about having MS, about that I might die, about my thoughts being challenged) when a startling thought came into my mind: I want to live! I thought. All of a sudden my thoughts shifted from thinking about dying to thinking about living.

Over the next five years, I considered not what I couldn’t do but what I could. I was kind to myself (thought kind things about me [not you’re stupid but you’re smart, not you’re ugly but you’re beautiful and divine]; gave myself a break instead of thinking I always had to be perfect.)

I learned there’s more than one way to do things and that the way I did things was okay. I learned to put my feelings into words and could say how I felt. I let people help me and saw their love in giving to me. I allowed myself to accept the things people did for me and didn’t see it as the weakness of not doing it myself but the strength of letting them into my life. I became real – not having a façade of outer me/inner me but just being one way. I became a true optimist who believed it will all work out.

My home became a sanctuary for me and my family.  I found joy in big and little things – not just a finely made thing but also a flower, not just climbing a mountain but also walking down steps. I learned to trust others and myself. I got better self-esteem. I realized things could be done in an easier way – not what I assumed but what they told me. I learned to love myself and could smile at me in the mirror and look at my eyes because of having nothing to hide and knowing that although I wasn’t perfect I was learning and progressing. Most of all, my thoughts changed from me thinking the worst to me thinking the best; not bad but good; not can’t but can.

Having MS has surely changed my life but it is a great blessing in my life – when I look at the good that comes from it. MS has given me a unique perspective in that it has given me far more than it’s taken away, and it teaches me every day. I’m grateful for the changes that have taken me off of auto-pilot to doing things intentionally. One small change is like being at the point of an angle. The change is small but, like the widening of the lines, the effects are huge.