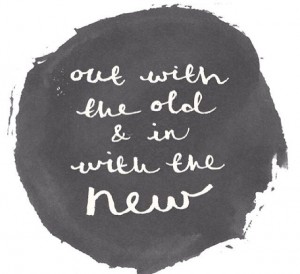 A few years ago I felt old in my forties, obsolete, like younger generations didn’t care or listen to their loved ones, and like rules that existed for hundreds of years were disregarded and changing. Today, an article I read gave me hope. It said Millennials (people born 1981-1996) and younger generations don’t want to follow already established rules and want to change things. The article suggests ways to appeal to them.

Handing over the reigns

One thing it says is to give up control. (In my estimation, letting them consider you giving up control but you still being in control by using other methods.) Most things that worked on older people won’t work on younger generations. People younger than me want guidance and freedom; they listen if you give them respect, but treat them meanly and they’ll listen to someone else. The key is respect and kindness.

In the olden days (my day and before) people were controlled with shame. They also had power struggles, fights between parents and children (because children didn’t want to be controlled,) hierarchy (elders/children,) and tough love. I remember hating the way I was treated as a child (being called a kid not a person), and social things changing in my day (emphasis on kindness, communication, feelings, and self-esteem.) But people older than me treated me based on what they knew and I succumbed to them.

Things started to change in my day but they truly changed with my children. I told my children what I didn’t like about being a child and they wouldn’t tolerate the same treatment. The things that worked on me absolutely didn’t work the same on them.

A few years ago I felt old, obsolete, and like younger people didn’t care, but it wasn’t true. What’s true is using creative influence and letting knowing about someone else being in the driver’s seat be okay. It’s like CD’s vs MP3’s, cellphones vs smartphones, talking vs messaging, snail-mail vs email, face-to-face vs social media, if a person doesn’t change with the times then they’re left behind. Some people don’t want change, they want the familiar, but change is inevitable. The only thing constant is change.