I wrote this over 7-1/2 years ago but feel to share it today:

My Testimony of Belief 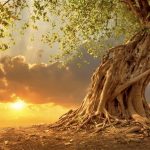 For five years I said, “I will accept this trial if it’s God’s will.” I had a priesthood blessing once, the first year I got sick, but never even considered being healed because if it happened to me then it was God’s will. Today I think, no matter if I get healed or not there’s no harm in asking. If the answer is, “No” then so be it, but what if the answer is, “Yes” and God wants me to have the faith and the belief to ask? I will ask and hope that the answer is, “Yes.”

Asking is a double-edged sword because I’m setting myself up for disappointment and taking a huge risk. It’s saying, “I trust that you can do it, but if you don’t I accept it.” I have to believe with all my heart, but I could be disappointed if the answer is, “No.”

James 1:5-6 says, “If any of you lack wisdom, let him ask of God, that giveth to all men liberally, and upbraideth not; and it shall be given him. But let him ask in faith, nothing wavering. For he that wavereth is like a wave of the sea driven with the wind and tossed.”

God will liberally give to anyone who asks in faith…whole-heartedly. The scripture says, “let him ask in faith, nothing wavering,” to me that means with all your heart; holding nothing back. I truly believe that God can heal me – He has all power, He created me. It’s not arrogant to believe in His power, it’s faith. I believe that I’m worthy to get good things and I believe that He’ll give them to me if I but ask. I wouldn’t ask. When people DO ask, I wonder if they really believe they’ll get it, or if their asking is just a wish.

In the last general conference, Jeffrey R. Holland talked about this very thing. He said, “This man’s initial conviction, by his own admission, is limited. But he has an urgent, emphatic desire in behalf of his only child. We are told that is good enough for a beginning. “Even if ye can no more than desire to believe,” Alma declares, “let this desire work in you, even until ye believe.”

The desire to be healed worked in me. In my case, I needed the self-esteem to ask. It sounds strange, but my illness gave me good self esteem. I used to think of everyone else’s needs, but when I got sick I had to think about my needs. I dropped my appearances and did things that truly benefited me. I thought the truth about myself. I wore clothes and shoes that helped me. “Too bad” if people don’t like it or if they think I need to wear something else, I thought. I listened to my heart tell me that Heavenly Father loved me and that He knew my heart. I let His love permeate my feelings and direct my thoughts to the point that I began to love myself.

God’s will is not that I am sick or have a trial. His will may be many things, like to have faith in Him, or to be submissive, or to trust Him completely, or to think of Him first, or to have a positive attitude. There are a thousand things that are God’s will. I experience trials and suffer only to learn things, but ultimately His will is to bless me. He is my father – He loves me!

Jesus said, “If ye have faith as a grain of mustard seed, ye shall say unto this mountain, Remove hence to yonder place; and it shall remove; and nothing shall be impossible unto you.” Faith grows stronger the longer a person has it. It might start out as a mustard seed but then grow to be the size of a mountain. The size of a person’s faith doesn’t matter, but that they have it. Even if it’s as small as a mustard seed, it’s enough to move a mountain.

Miracles can happen to anyone; if they will truly believe that a miracle can happen to them. I’m not the only one to ever ask for a miracle; and I won’t be the last. There is a book called, Faith Precedes the Miracle, I love that title, and know that it’s true.

If I had a magic wand and could change anything about my life, I wouldn’t change getting sick because I have gotten so many blessings from it and have learned many things because of it. I can truly see how my trial gave me experience and was for my good (D&C 122:7).

The true miracle isn’t the healing – that is a manifestation of God’s power – but that I got good self-esteem and a true belief in Him. He has built my faith to where it’s solid – like a rock. I love Him for his mercy and kindness. I want to be like Him as much as I can. He truly is my everlasting God.