You are browsing the site archives for November 2016. 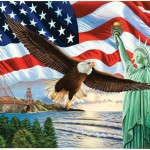 The election is over (thank goodness!) Donald Trump will be the 45th President of the USA in January 2017. I thought the campaign in 2012 between Obama and Romney was brutal but the campaign in 2016 between Trump and Clinton was even more brutal. I never want to run for U.S. President because there is […]